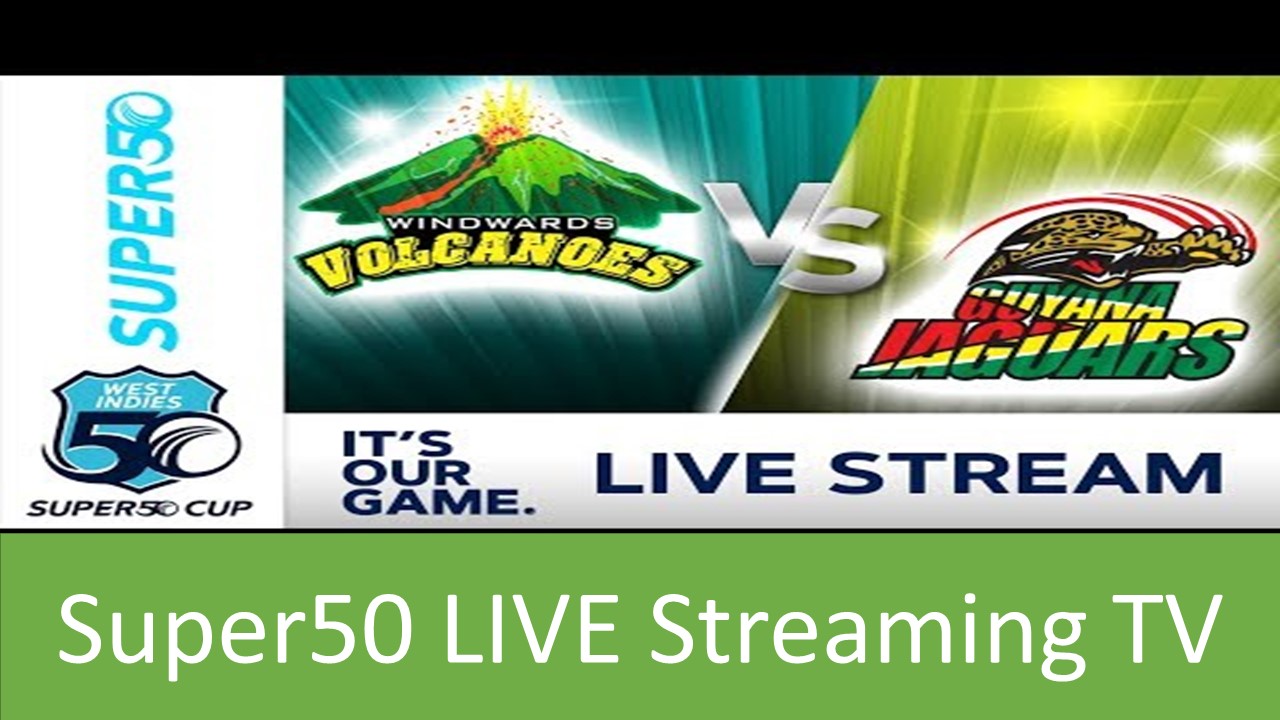 The 2021 (2020) CG Colonial Medical Insurance #Super50 Cup (Cricket West Indies Super50 regional tournament 2020 played in 2021) without USA Cricket Team and Canada Cricket Team this time will be live telecast and broadcast on TV by ESPN Caribbean in the Caribbean region and via digital streaming by CWI (Cricket West Indies) Match Centre on www.windiescricket.com and their YouTube channel. This is an official announcement made by Windies Cricket.

ESPN Caribbean’s Live Telecast and broadcast partnership for Live Streaming of Super50 cup had been signed with the Super50 tournament last year. This Super50 ODI Tournament will have 27 day/night matches (including the semi-finals and the Final at Queen’s Park Oval) to be telecast and broadcast “live” by ESPN Carribbean TV Channel with all Other live score, teams, schedules for super50 group matches will be webcast “live” on the CWI website and YouTube channel.

Cricket West Indies (CWI) confirmed on 27th Jan 2021 that they will host of top West Indian players who will participate in February’s CG Insurance Super50 Cup. Six team squad has been finalized their 15-member squads. This time no USA and Canada will play. The six major cricketing rivals will go head-to-head in 19 action-packed 50-over matches starting from Sunday, February 7. The tournament will come to an exciting climax when the new champions are crowned on Saturday, February 27.

The Top Players including young and old guns like West Indies white ball skipper, Kieran Pollard will be at the helm of the Trinidad and Tobago Red Force, while Test captain Jason Holder will be in charge of the Barbados Pride. Young talent which will be in live action in Super50 cup includes the players such as Roston Chase (Barbados Pride), Nicholas Pooran (Trinidad and Tobago Red Force), Sheldon Cottrell (Jamaica Scorpions), Shimron Hetmyer (Guyana Jaguars), Hayden Walsh Jr (Leeward Islands Hurricanes), and Andre Fletcher (Windward Islands Volcanoes).

The first match of the Super50 tournament will be live into action on this Sunday 7th February 2021. Home team Leewards Islands Hurricanes will face Windward Islands Volcanoes at the picturesque Coolidge Cricket. The live streaming as per announcement will live at ESPN Caribbean in region.

CRICKET WEST INDIES CONFIRMS SUPER50 CUP TEAMS AND SCHEDULE. CWI has confirmed the schedule for Super50 cup 2020. Due to Corona, it was not played in 2020 as per schedule. Now CWI has issued the Super50 schedule 2021. total 27 matches will be played and live telecast and broadcast by CWI and ESPN Caribbean.

This time there are no groups as six teams are playing the tournament. All the teams will play other team in a single round-robin group stage format. Semifinals of Super50 cup 2021 will be played between top 4 teams. As Team West Indies is on tour to Bangladesh, Many playes may miss the live action of the Super50 this year. Corona restrictions are also there for all Players, support staff and match officials. Bio-secure bubble, corona testing and other health measures will be taken before the start of from the local Ministry of Health and CARPHA.

It is to remind that CG Insurance are the Title sponsors and ESPN Caribbean are the rights of live streaming and live telecast for this tournament. All Matches will be played at Coolidge Cricket Ground can be viewed on ESPN Caribbean and live streaming of matches from the Sir Vivian Richards Stadium will be done on CWI’s website and YouTube channel. Match videos and highlights from the previous edition can also be viewed on the YouTube channel.

All six teams has been finalized by CWI. Here the Teams, player list and Team Squads for all six teams of Super50. All teams squad are taken from the official website of CWI. source : https://www.windiescricket.com/news/cwis-cg-insurance-super50-cup-to-feature-exciting-line-ups/