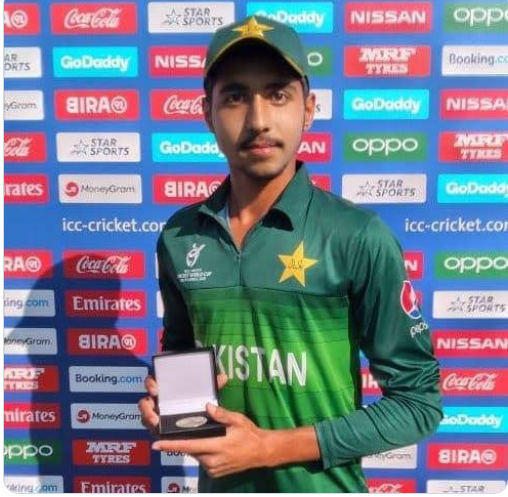 Mohammad Huraira became the second  Youngest Pakistani batter  to score a   triple century in first class cricket.Only Javed Miandad  was younger than Huraira when he  scored triple hundred  in first class .Javid scored  311 for Karachi  Whites vs National Ba nk of Pakistan at age of 17 years and 310 days.

Huraira scored  311 for Northern vs Balochistan.

Huraira scored 311 off  343 balls in 561 minutes . This is 23rd triple century on Pakistan soil and 18th Pakistani player  who scored triple hundred  in first class cricket.

Huraira scored 878 runs in 16 innings with average of 58.53. In 16 innings he scored three hundred and three fifties.

Mohammad Huraira ,who hails from Sialkot , is  the son of  Shoaib Malik’s Half brother.

Northern will play vs KPK on 25 December, 2021 in final of QEA Trophy.

This is the second triple-hundred this season following a 303 not out from Sindh’s Ahsan Ali in November. In 2016, Karachi Whites opener Hamza Ghanchi became the third-youngest player to score a triple-century in Pakistan after Miandad and Aftab Baloch, and only the sixth batsman in history to convert his maiden first-class century into a triple-century.

Mohammad Huraira came into limelight at age of 17 when he scored  342 runs in  PCB U19 one-day tournament , he was top scorer . In same year he scored  358 runs in three day  event and became third highest runs scorer.

Mohammad Huraira played U19 World Cup 2019-20.He scored  64 runs vs Afghanistan on his Youth debut.

He was declared player of the match for his 64 runs and two catches.