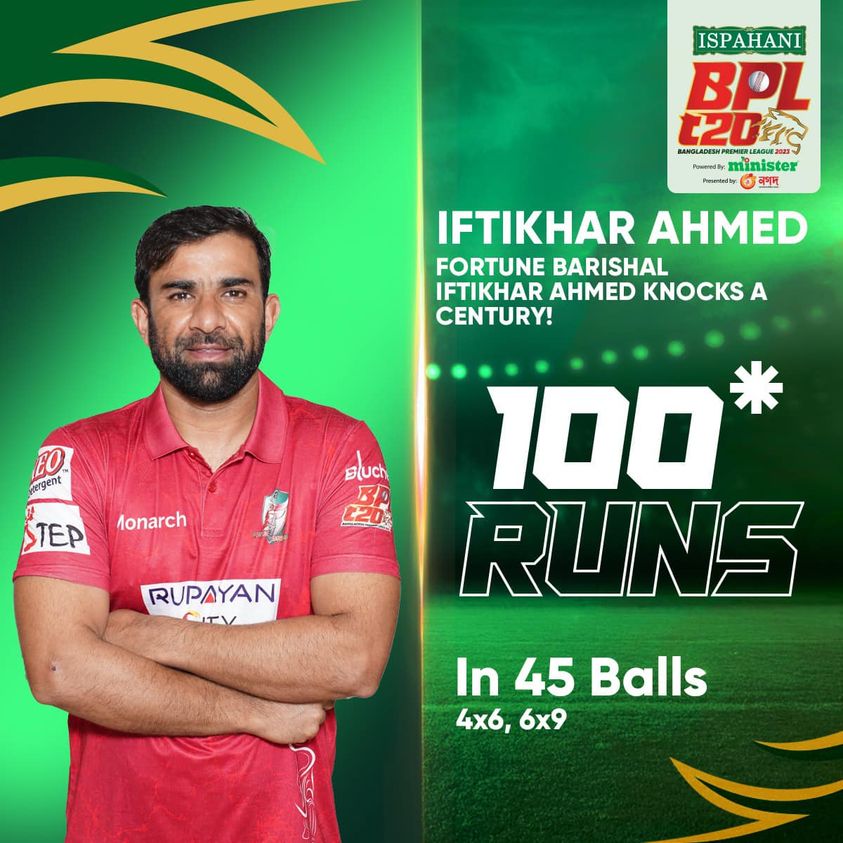 Rangpur Riders scored 171 runs in 20 overs for loss of 9 wickets and lost match vs Barishal by 67 runs.Mohmmad Naim scored 31 off 18 deliveries.

Pakistani player Mohammad Nawaz score 33 off 24 balls. Shamim Hossain was highest scorer of Rangpur Riders who scored 44 runs off 24 balls with SR of 183.33.

Iftikhar Ahmed was player of match for his 100* off 45 balls.Now Barishal has 8 points from 5 matches with 4 win and one loss. Barishal is on 2nd place in BPL2023.

Sylhet Strikers is on Top with  10 points from six games.Sylhet won 5 matches out of 6.

Tanvir Islam of Comila Victorians is 2nd highest wicket takers in BPL 2023 with 8 wicket from 4 matches.