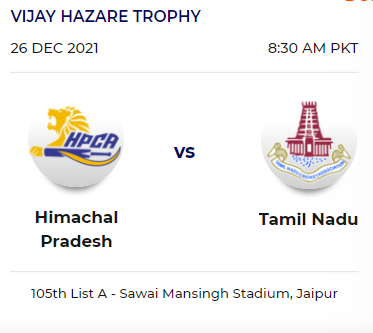 Tamil Nadu  remained on top Position in Elite Group B.

Tamil Nadu won 3 out of 5 games and with 12 points  TN was on top  for NRR.Karnatka, Bengal and Pondicherry all four teams have 12 points.