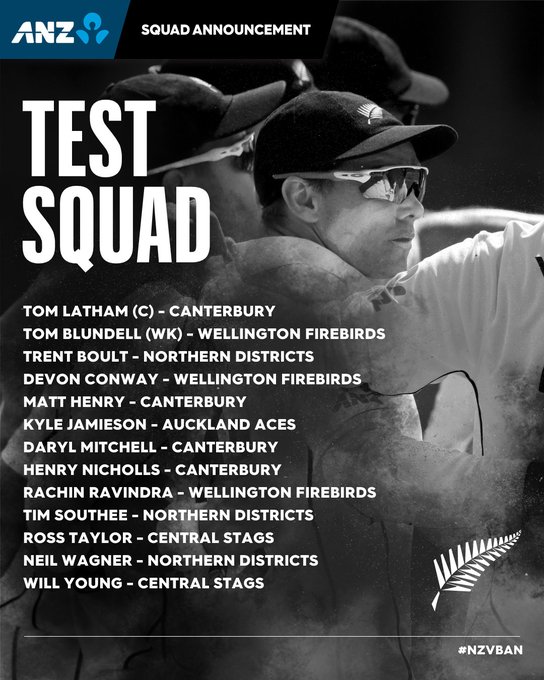 New Zealand Announced test  Squad  against Bangladesh .Tom Latham will lead New Zealand Test Squad.Kane Williamson  is injured and ruled out for Bangladesh test series. One of the surprising omission is Ijaz Patel who took 10 wickets vs India is rules out from test squad.Noregular Spinner in the squad .All rounder Rachin Ravindra is included in the squad.