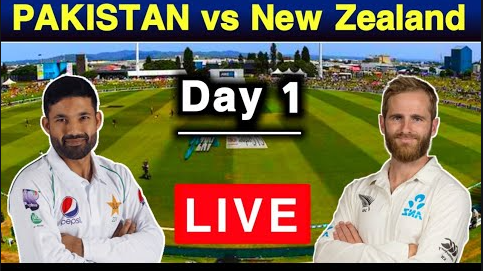 on December 26, 2020 at Mount Maunganui. New Zealand has defeated all teams except South Africa and Australia since 2011 in New Zealand in test series.The match will begin at 3.00 AM PST

Pakistan has won 2 out 5 last test match played. Pakistan lost one and tied 2.

New Zealand team have won 4 out of last 5 test matches.

Pakistan is without their regular test captain Babar Azam who is injuried. Shadab Khan is only all rounder in team is also injuried.

In batting Azahar Ali is playing for his last survival in test matches. Fawad Alam has played only 5 test matches in 11 years.

Only one test match played here in 2019.New Zealand won this match by an innings and 65 runs vs England.BJ Watling scored double hundred here and Neil Wagner took 8 wickets.

The New Zealand v Pakistan Test series will be telecast live on PTV Sports in Pakistan. There is no live telecast on television in India, while ESPN+ will broadcast the series in the USA, and Supersport will do so in South Africa.

live score will be on ICC official website. Live score and commentary will be on espncricinfo.com