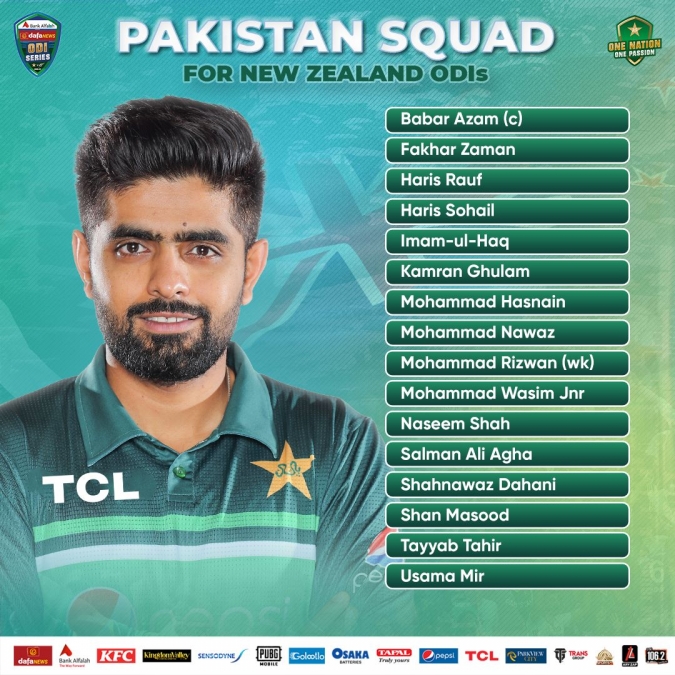 Shadab Khan has been ruled out of the upcoming matches due to a finger injury he sustained while playing in the Big Bash League. Scans showed that he has a fractured index finger and has been advised to rest for three weeks.

“I’m totally against letting players go abroad to play cricket while the domestic season is ongoing,” Afridi said. “During the off-season, they should absolutely be allowed to go. We’ve allowed some players to go to the Bangladesh Premier League, but I’ve told all the boys they need to be back 10 days before the PSL. It’s Pakistan’s league and brand, and it needs to be given time.”

Kamran Ghulam was the fourth highest scorer in the Pakistan Cup, accumulating 435 runs in just six innings, averaging 145 and scoring at a rate of 101.16. The inclusion of Haris Sohail and Fakhar Zaman in the squad marks a change of fortunes for both players, who were originally left out of the preliminary list for this series. Sohail, who is 33 years old, has not played ODI cricket since 2020, but did participate in the recent Pakistan Cup, where he scored 129 runs in four innings. Legspinner Usama Mir has been selected for his impressive performance in the Pakistan Cup, where he took the most wickets with 28 at an average of 17.96. Afridi expressed his disappointment at Shadab’s injury and hinted that players may not be granted permission to play overseas while the domestic season is ongoing.

Mohammad Rizwan has retained his position on the ODI team, with Afridi stating that he is Pakistan’s top choice for the wicketkeeper position in white-ball matches. There are no other wicketkeepers in the squad. Haris Rauf, who was unable to play in the last four Tests due to a quad injury, has also been included in the team.

Here is the Pakistan ODI squad for the upcoming series against New Zealand: