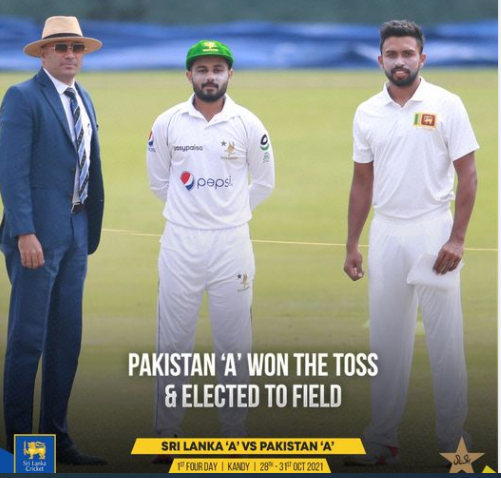 Opener Imam-ul-Haq, middle-order batsman Kamran Ghulam and off-spinner Bilal Asif have been part of the announced 20-member squad. These three players have been included in the squad in place of Haris Rauf, Imran Butt, Shahnawaz Dhani, and Yasir Shah.

Imam-ul-Haq has been included in the national Test squad again for his outstanding performance in the Quaid-e-Azam Trophy. He has scored 488 runs in five innings of four matches, including an unbeaten double century. Imam-ul-Haq played his eleventh and final Test in November / December 2019 against Australia in Adelaide.
Meanwhile, Bilal Asif has been made a part of the squad in place of Yasir Shah. Yasir Shah suffers from a thumb injury. He had a ball on his thumb during the National T20 tournament. The off-spinner has taken 16 wickets in five Test matches.

Kamran Ghulam, who missed the tour of the West Indies, has returned to the national squad. He was in the squad for the home series against South Africa after scoring a record 1,249 runs in the Quaid-e-Azam Trophy in the 2020-21 season. He is currently in Sri Lanka with the Pakistan Shaheens where he scored 58 not out and 45 runs in two innings of two rain-affected matches.

Chief selector of the national cricket team Muhammad Waseem said that we have selected this squad in consultation with the team management and keeping in view the possible squads and conditions of the rival team.

“Since we already have four front-line fast bowlers, we have recalled Haris Rauf and Shahnawaz Dahani to Pakistan after the T20 series so that they can play the Quaid-e-Azam Trophy and prepare for the Test against Australia,” he said. In this form, Imam-ul-Haq has replaced Imran Butt, who had scored an average of 17.8 in 10 Test innings.