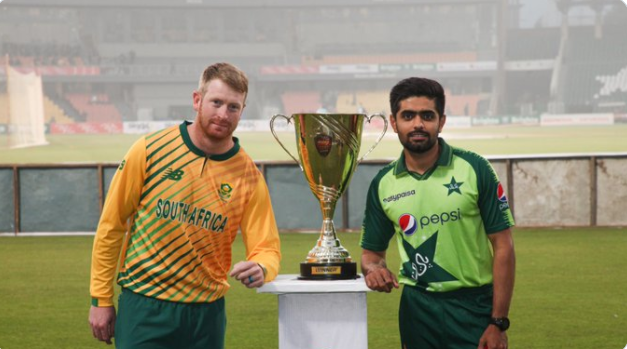 The national cricket team will tour South Africa in April. During this time 3 ODIs and 4 T20 International matches will be played. The three ODIs included in the tour are part of the ICC Men’s Cricket World Cup Super League. All matches will be live telecast and broadcast on Live cricket streaming TV Channels worldwide. SuperSport is the official Live Streaming Partner for cricket south Africa. Hence Supersport might live telecast and broad the PAK vs RSA upcoming tour to south Africa.

In contrast, this is South Africa’s first series in the Super League. In this 13-team league, each country has to play 8 series (4 home and 4 ODI series) in a period of 2 years.

Initially, Pakistan was scheduled to visit South Africa in October 2020, but due to the global outbreak of Covid 19, it has been postponed to April 2021. After the tour of South Africa, the national cricket team will leave for Zimbabwe, where 2 Tests and The three-match Twenty20 International series starts on April 17.

Director International Cricket PCB Zakir Khan said that we are happy to help our partner country and as an ICC member it is our responsibility to take care of each other.

Pakistan-South Africa relations are strong and lasting, both boards value this relationship very much, so accepting their request was an easy decision for us, we are hopeful for a successful visit.

Cricket South Africa Director Graeme Smith said: “We are delighted to have finalized the dates and schedule for the limited edition tour of Pakistan to South Africa.

“We also thank the Pakistan Cricket Board for accepting the request for an extension of one T20 International match during the tour,” he added.