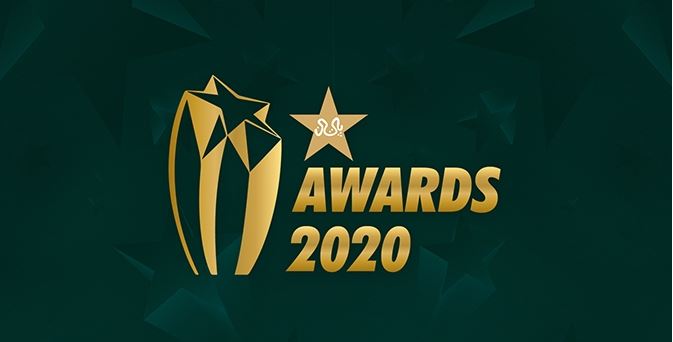 Lahore, 1 January 2021: Pakistan captain Babar Azam has won the Most Valuable Cricketer of the Year 2020 today in PCB Awards Live Ceremony. He is also given the best White-ball Cricketer of the Year after averaging 110.5 and 55.2 in the ODIs and T20Is, respectively. In the four Tests, Babar scored 338 runs at 67.6.

Mohammad Rizwan, the stand-in captain for the final Test of 2020 at Mount Maunganui against New Zealand, was declared Test Cricketer of the Year. In five Tests, he aggregated302 runs, mostly in difficult situations, with four half-centuries at an average of 43.14. He also accounted for 12 batsmen behind the wickets.

Below are the category-wise winners with their reactions:

Umpire of the Year – Asif Yaqoob

Spirit of Cricket – Pakistan players visiting Bangladesh dressing room after their 2-0 win in T20I series. This was Bangladesh men’s cricket team’s first visit to Pakistan in over a decade.

Facts – Took 20 wickets in eight Tests, including a hat-trick against Bangladesh that made him the youngest Test bowler to take three wickets in three successive deliveries.

Facts – 34 matches held in Karachi, Lahore, Multan and Rawalpindi in two phases. From 20 February to 15 March, 30 matches were held and attended by around 600,000 spectators before the event was postponed due to the Covid-19 outbreak. The remaining four play-offs were held in Karachi from 14-17 November in Karachi. Karachi Kings won their maiden title when they defeated Lahore Qalandars by five wickets.

Facts – Scored 1,065 runs Khyber Pakhtunkhwa in 19 innings of 10 the Quaid-e-Azam Trophy matches with four centuries and four half-centuries at an average of just under 60

Facts – Scored 302 runs in five Tests with four half-centuries at 43.14 and dismissed 12 batsmen behind the wickets

Most Valuable Cricketer of the Year – Babar Azam