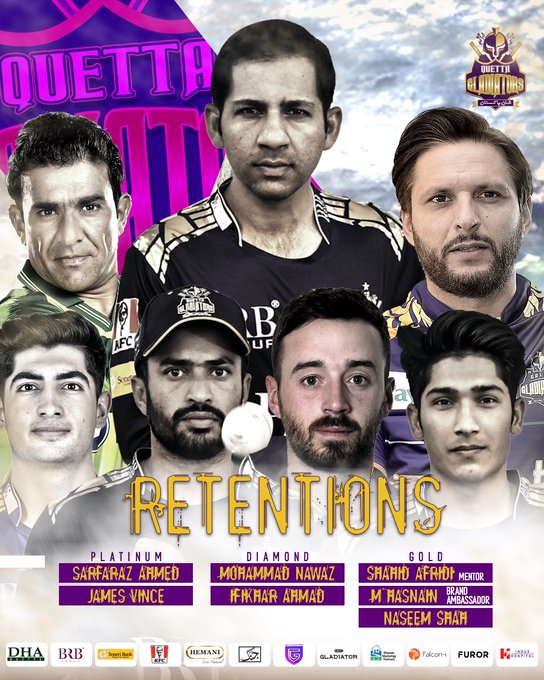 Quetta Gladiators has   released  retention list of players  for PSL 2022.

Here  is list of  Quetta Gladiators Squad.  for PSL 6 -as soon as  Squad for PSL 7 will be final will be publish here .

In supplementary round: Ghulam Mudassar (Emerging). In replacement round: Luke Wood, Will Smeed and Ali Imran (all Silver), Shimron Hetmyer (Diamond)