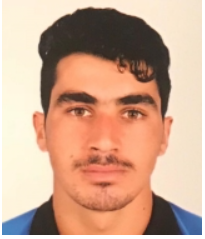 Rahmanullah Gurbaz became 2nd highest scorer with 127 runs on his ODI debut. Only DL Haynes has scored more runs on ODI debut. Haynes scored 148 vs Australia in 1978 at St John.

Gurbaz broke record of most sixes on ODI debut.Navjot Singh Sidhu hit 6 sixes on his ODI debut. Gurbaz hit 9 sixes in his innings of ODI debut.

Gurbaz did not bat on his list A debut vs Zimbabwe on 27 January 2017 at Harare.In this match 8 player made List A debut.

In this match 10 players made T20 debut.

Today Gurbaz made ODI debut vs Ireland and scored 127 runs off 127 balls.

He played for Khulna Tigers.He scored one fifty .He scored 50