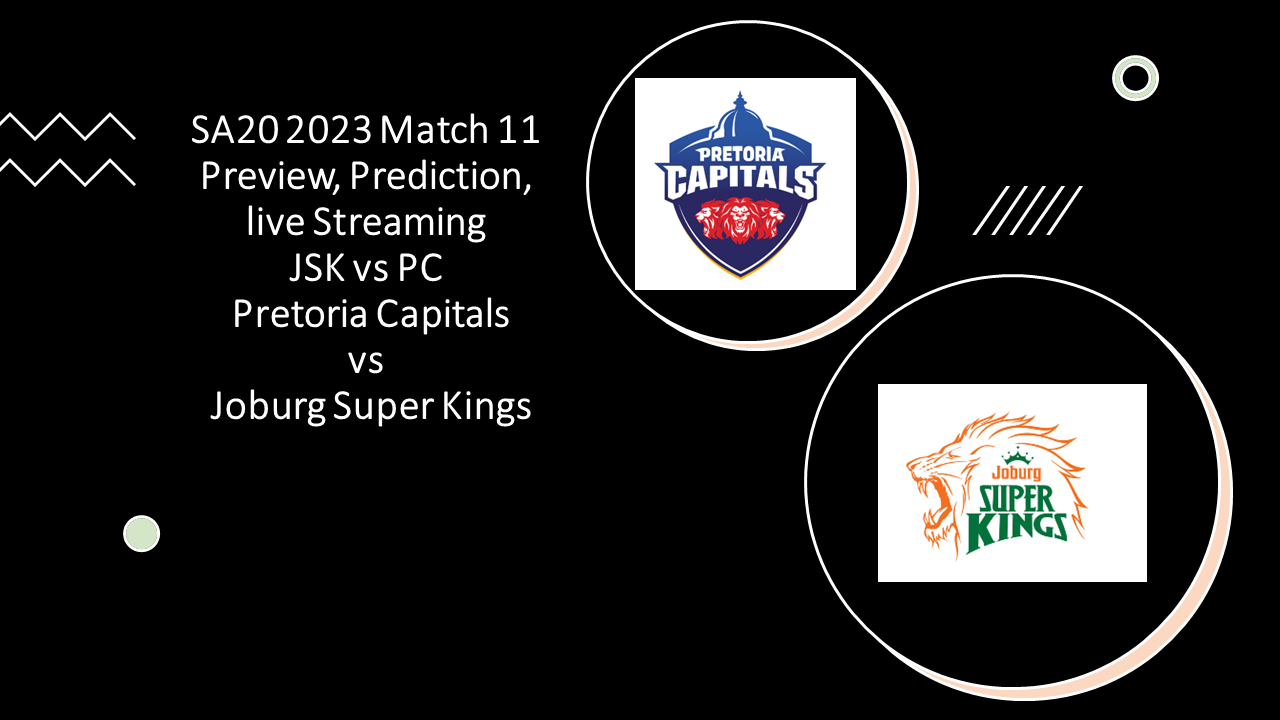 The Joburg Super Kings (JSK) will face off against the Pretoria Capitals (PC) in the 11th match of the SA20 2023 at the Wanderers Stadium in Johannesburg on Tuesday, January 17. Despite starting the campaign with a victory over the Durban Super Giants, the Super Kings have lost their next two games against the Paarl Royals and MI Cape Town. The Johannesburg team will be looking to regain their winning form as they currently sit in fifth place in the six-team table with four points and a negative net run rate of -1.484. On the other hand, the Pretoria Capitals have been having a successful tournament so far, winning their first two games and sitting in second place with eight points and a positive net run rate of 1.500.

The upcoming match at the Wanderers Stadium will be the first of the SA20 tournament. Despite being played in the evening, both teams will aim to score runs and put pressure on the opposing team in the second innings. As a result, the captain who wins the toss is likely to choose to bat first.

Will Jacks is expected to have another strong batting performance as the Pretoria Capitals aim for their third consecutive win. In the last game against the Sunrisers Eastern Cape, Jacks scored 92 runs off 46 balls with a strike rate of 200, leading the team to victory. He will be looking to continue this success against the struggling Joberg Super Kings.

Wayne Parnell, who serves as captain for the Pretoria Capitals, is expected to excel as a top bowler for his team. He has already demonstrated his skills by taking several wickets and maintaining a low economy rate in recent games. In the last match, he had figures of 2/20 in 3 overs with an economy of 6.7, contributing significantly to the team’s victory.