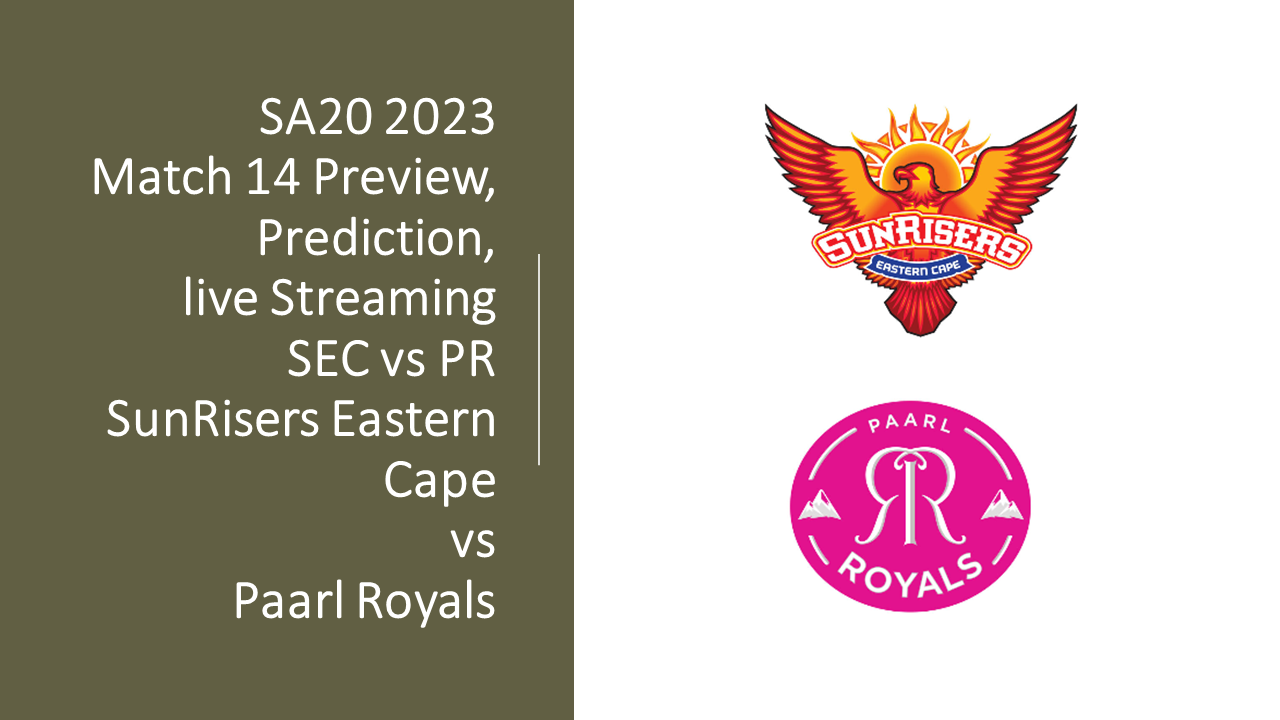 The 14th match of the SA20 2023 will take place on Thursday between the Paarl Royals and Sunrisers Eastern Cape. The game will be held at Boland Park in Paarl. The Paarl Royals recently defeated DSG by 10 runs and are currently in second place on the points table with two wins and nine points. Meanwhile, the Sunrisers Eastern Cape secured a victory against MI Cape Town by two wickets and are currently in fifth place on the points table with two wins in four games. This match promises to be exciting as both teams have been performing well in the tournament.

The Boland Park pitch is expected to be well-balanced, benefiting both batsmen and bowlers. Batsmen will have good scoring opportunities once they are settled in, but the team that wins the toss may choose to bat first due to the afternoon game.

The 26-year-old batting all-rounder was excellent against Durban’s Super Giants with four wickets for 32 in the last match and now leads the bowling chart in the tournament with nine wickets from three innings at an economy rate of 8.32.Jansen took 9 wickets with SR of  6.8.

IN PAKISTAN: A SPORTS.