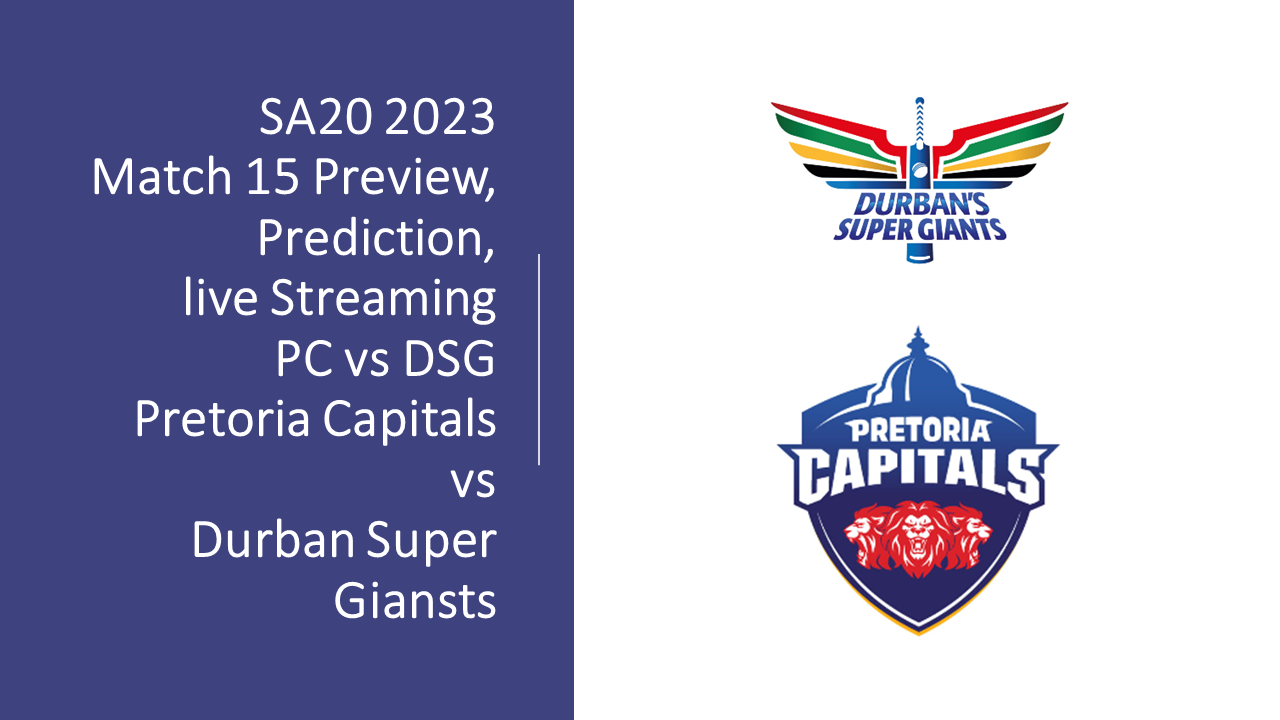 A Sports in PK.

The Pretoria Capitals will be counting on opener Phil Salt to get them off to a strong start in their next match, as he did in the previous match against the Joburg Super Kings. Salt’s explosive 30-ball 52 not out single-handedly won the match for the Capitals. The Durban Super Giants will need to come up with a plan to dismiss Salt early in the game.

In the last game, Proteas pacer Anrich Nortje regained his form with three wickets, but it was New Zealand all-rounder James Neesham who was the standout player with a match-winning three-wicket haul. He finished with an impressive 3/7 from his three overs at an economy rate of 2.33, earning him the Player of the Match award.

A Sports in Pakistan.