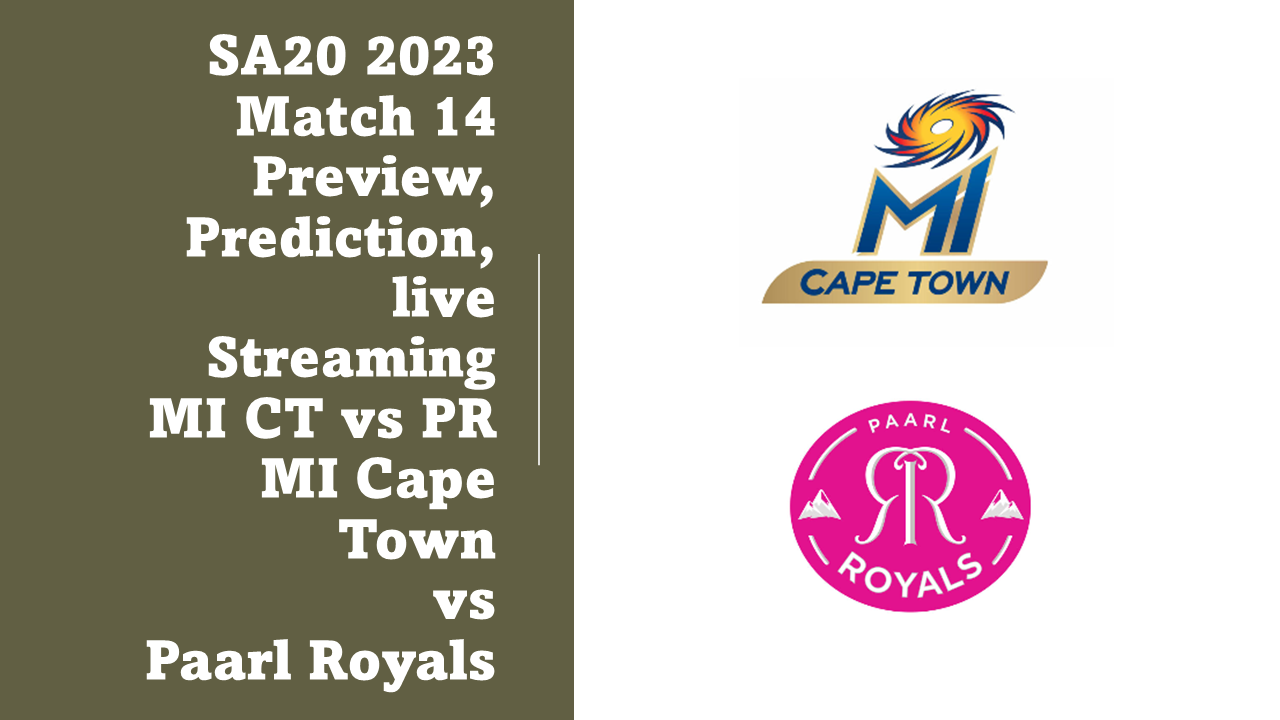 The Paarl Royals will face off against the MI Cape Town in the 16th game of the SA20 2023 on Saturday, January 21st at Boland Park in Paarl. Both teams have had a less than ideal season thus far, but MI has the upper hand having already defeated the Royals once this season. In their previous matchup, MI successfully chased down a target of 143 runs in just 15.3 overs, with Dewald Brevis playing a crucial role in the victory with his 70 runs off 41 deliveries.

A Sports in PK.

in the past, the surface at this venue offered variable bounce to fast bowlers early on but became easier for batting in the second innings. As a result, the team that wins the toss may choose to bowl first.

The young Dewald Brevis made a strong debut, scoring 70* off 41 deliveries on a challenging pitch. His aggressive approach at the top of the MI Cape Town batting order adds versatility to the team.

The English fast bowler had a successful return to competitive cricket, taking 3 wickets for 27 runs in 4 overs in the opening game. With the addition of Kagiso Rabada to the CT team, they will have a formidable bowling duo.

A Sports in Pakistan.