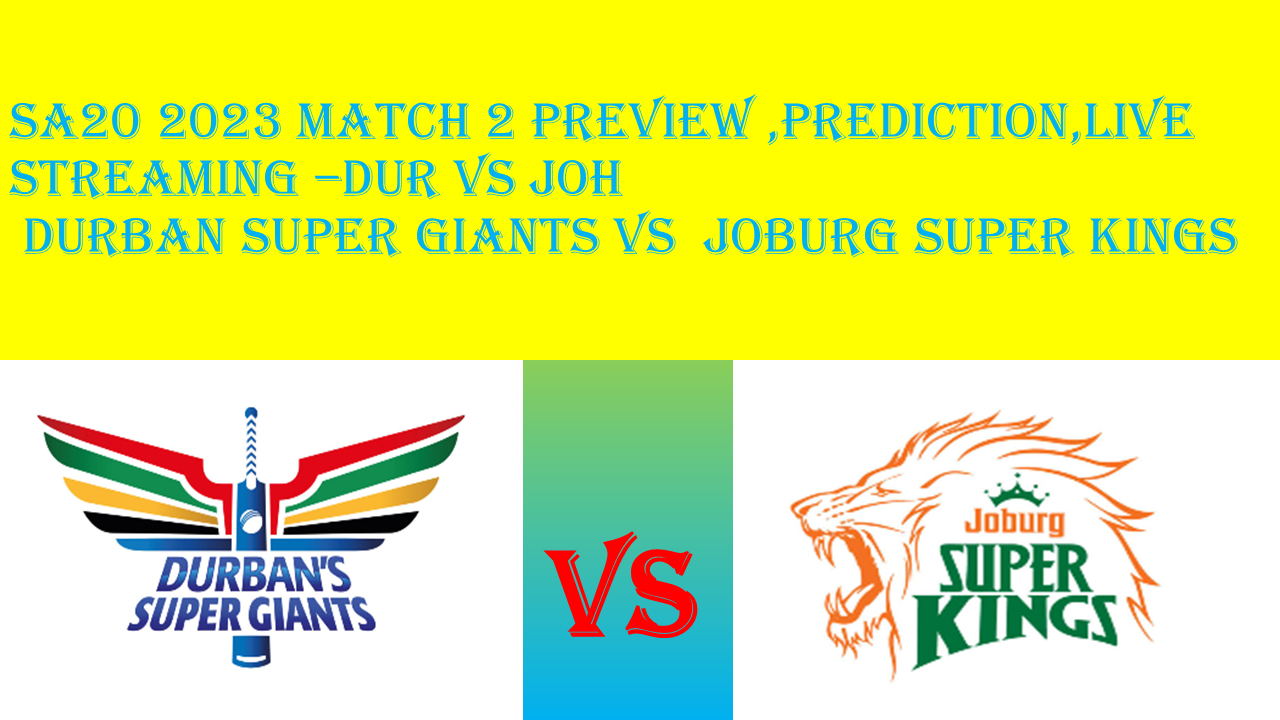 In the second match of the SA20 2023 tournament, the Durban Super Giants (DUR) will face off against the Joburg Super Kings (JOH) at Kingsmead (Sahara Stadium) in Durban. Both teams will be looking to secure a victory to start their campaign in the inaugural series. Quinton de Kock will captain the Super Giants, while Faf du Plessis will lead the Super Kings.

Both the Durban Super Giants (DUR) and the Joburg Super Kings (JOH) boast a strong combination of local and international players. The Super Giants, led by skipper Quinton de Kock, feature powerful hitters such as Kyle Mayers, Heinrich Klaasen, Dwaine Pretorius, and Jason Holder. Similarly, the Super Kings, captained by Faf du Plessis, have Reeza Hendricks, Romario Shepherd, and Janneman Malan in their lineup. Both teams also have a strong bowling lineup, making the match highly anticipated and an exciting affair to watch.

The pitch at Kingsmead in Durban offers support to both batsmen and bowlers. Historically, the surface has been good for batting, with an average first innings score of 148 runs in 18 T20 games. It can be expected that there will be high-scoring in the match.

The Joburg Super Kings skipper Faf du Plessis is one of the most talented opening batsmen in franchise-based tournaments. He has shown great success batting at the top of the order in the IPL, and is expected to replicate similar performances in the new league. He will be one to watch out for during the match with his skillful batting.

The West Indies fast bowler has had impressive performances in recent T20 games. He has been successful with the ball, providing his team with important breakthroughs. He will be aiming to maintain his current form in the 20-over format, in the upcoming matches.