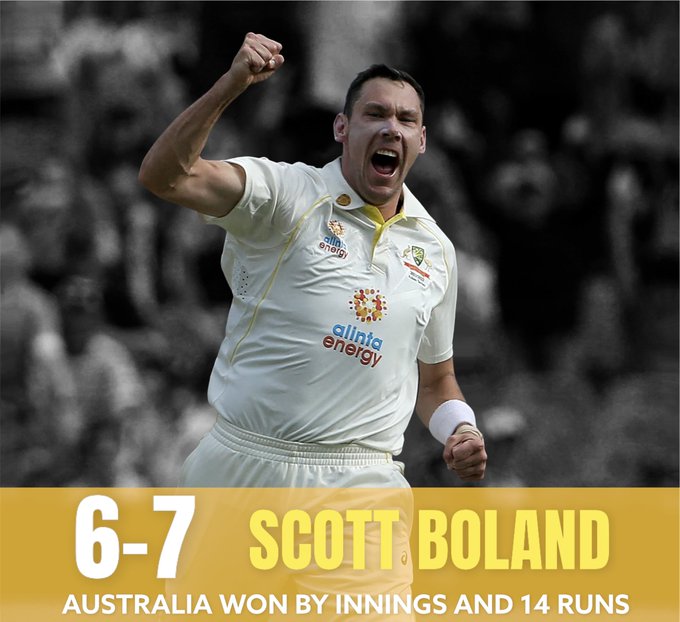 England all team out for just 68 runs  in 2nd innings.

Scot Bolan proved his worth as MCG specialist , he took 6 wickets for 7 runs. Boland bowled 4 over and gave 7 runs  and took  six wixkets .He took six wickets of England in 21 balls spell.

England four player got duck in this innings . They were Dawid Malan, jack Leach, Mark Wood and Ollie Robinson.

England 68 is lowest total in Australia since 1904 and lowest ashes total since 1936.

Scot Boland won player of Match award for his performance  7 wicket on debut.

Boland won the Mullagh Medal as Player of the Match, named after Johnny Mullagh, who toured England as part of the Australian Aboriginal team in 1868