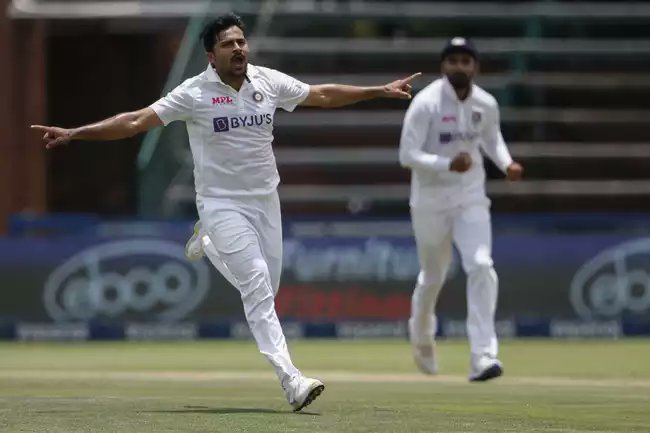 Shardul Thakur has now  got 9 wickets in series. He is one wicket behind Mohamamd Shami who is leading wicket takers in  Indian Squad,It is first time in Shardul Career he took 5 wickets in a innings.His Previous best was 4/61.Before thsi test he played 5 tets matches and took 16 wickets in 9 innings.

Marco  Jansen and Rabada has taken 10 wickets from South Africa.