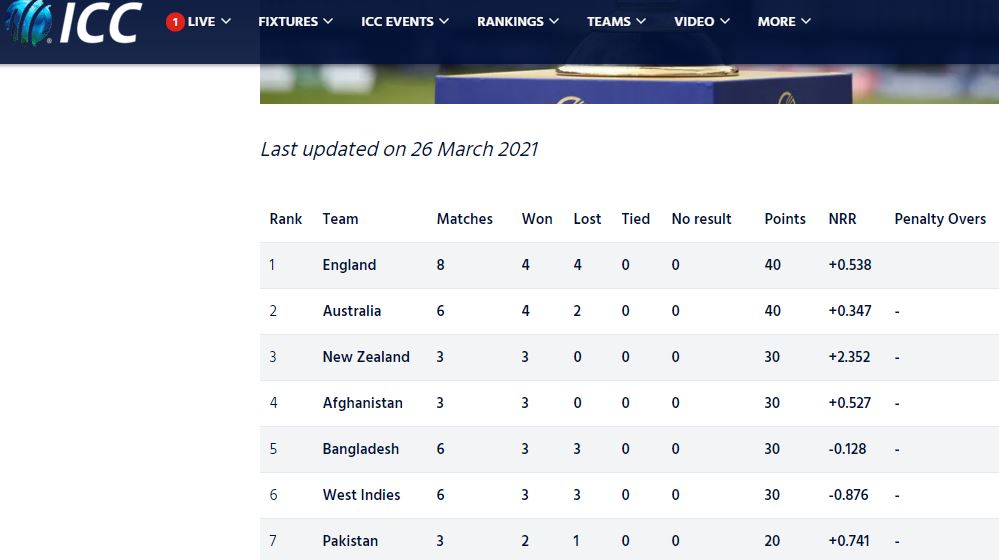 If today, India won the match against England the Top 5 in 5 in ICC Men’s Cricket World Cup Super League – Standings will be changes and Pakistan will move to 8.

Since the start of the ICC World Cup ODI Super League, Pakistan has played only a three-match series against Zimbabwe, losing one match to seventh position with 20 points, India currently have 2 out of 5. They are in eighth position with 19 points due to one point loss. After winning the third match against England, Kohli XI can send Pakistan team to eighth position.

The Green Shirts could advance to the Super League with a better series from South Africa, with Zimbabwe and Ireland in ninth and tenth place with 10.10 points each.
England defeated India by 6 wickets in a thrilling match on Friday night to tie the three-match series 1-1 at present. It also got the top position in the World Cup Super League. So far, the team has won 8 ODIs. Australia have won four of their points, bringing their tally to 40. Australia, who have won four of their six matches, have only 40 points, but due to a low run rate, they finished second.

New Zealand and Afghanistan are in third and fourth place with 30.30 points after winning their three matches so far, while fifth and sixth-ranked Bangladesh and West Indies also have 30.30 points. Both have played 6.6 matches so far