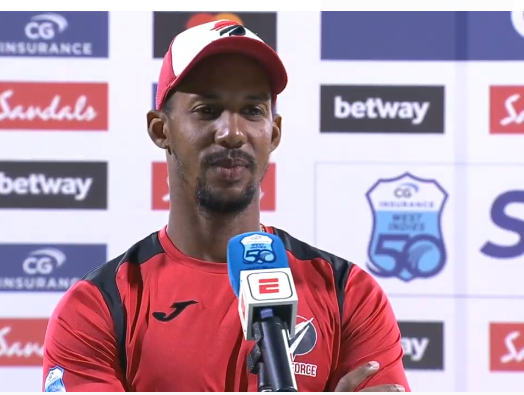 Jaguars fell well short at score of 210 in 43.5 overs. Left hander Raymon Reifer played brilliantly well and remained not out at 97.

Jayden Seales, the 19-year-old pacer bowled with sustained pace and hostility to end with three wickets – two of which were caught in the leg-side as batsmen attempted hook shots .Guyana lost 6 wickets for 55 runs..