Who is Sajid Khan? 12 wickets in 2nd test PAK vs BAN 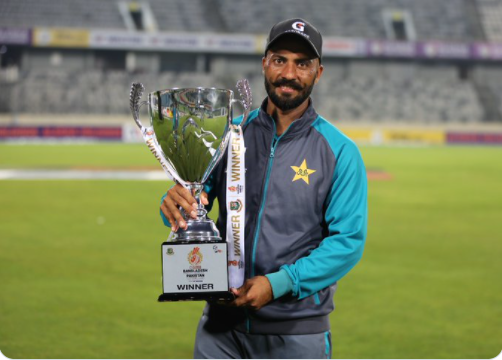 Who is Sajid Khan? 12 wickets in 2nd test PAK vs BAN

Sajid Khan set many records in this test match.

Sajid Khan became 2nd off spinner who took 8 wickets in an innings. Before that  Saqlain Mushtaq got 8 wickets  for 164 runs vs England in  2000 .

Sajid Khan was man of Match award for his 12 wickets  in  2nd test match.

Sajid Khan has played 4  test matches and took 18 wickets. In 43 first class matches he got 168 wickets with average of 26.53.He has played 14 List A matches and 14 T20 matches. He plays for KPK and Peshawar in domestic cricket.