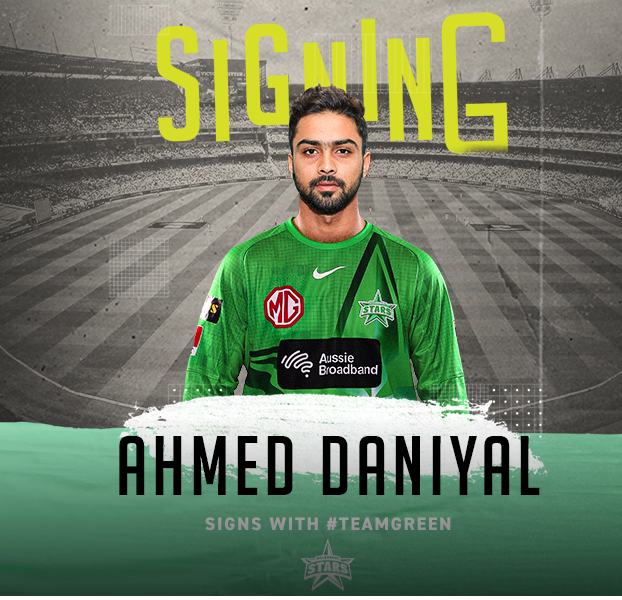 Melbourne Stars General Manager Blair Crouch was thrilled to add another talented bowler to the squad.

“It’s been a huge week of international signings at the Stars and we are looking forward to welcoming Ahmed Daniyal into the family. To have Andre Russell, Haris Rauf and Ahmed Daniyal commit to the club for BBL|11 is a massive boost for the squad and for all of our fans, who we can’t wait to see back at the MCG this summer to cheer on these world class players.”