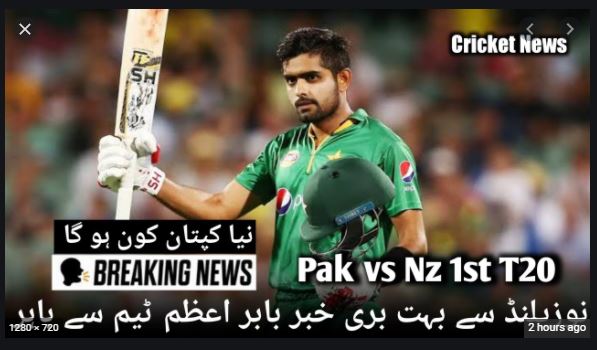 BABAR AZAM Injured and out from PAK vs NZ T20I Series going to start form 18th December. He got Fractures his Thumb and after scanning it has been announced that he will not play Pak vs NZ T20I Series. Pakistan is on tour to New Zealand for playing T20I matches and Two Test Matches.

Queenstown: Pakistan cricket team captain Babar Azam has been ruled out of the T20 series against New Zealand due to a thumb fracture.

Babar Azam will not be available for the three Twenty20 Internationals against New Zealand due to injury. The matches between the two teams are scheduled for December 18, 20 and 22.