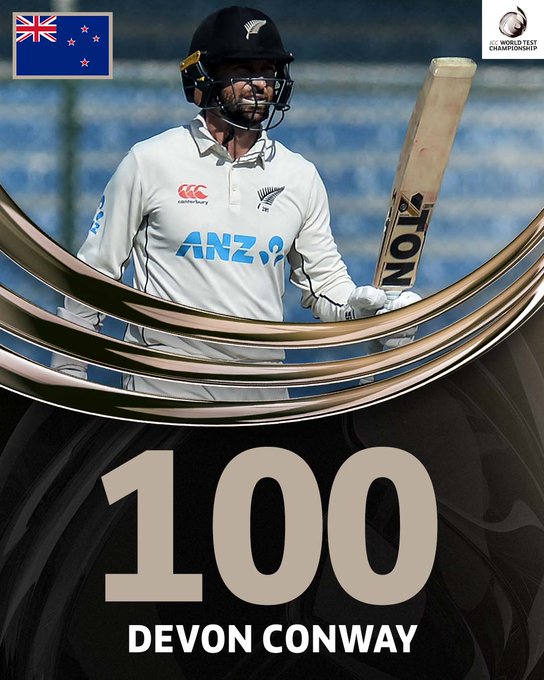 Devon Conway completed his 4th test century in 156 balls  and consumed  211 minutes.Conway  hit  13 fours and 1 six  in his century.

Devon Conway  is the fastest batsman who scored 1000 runs in 18 innings for New Zealand. Devon Conway

has average of 57.5 in test cricket.In first test match vs Pakistan Conway scored 92 and 18*. Now he has scored 232 runs in three innings with average of 116.