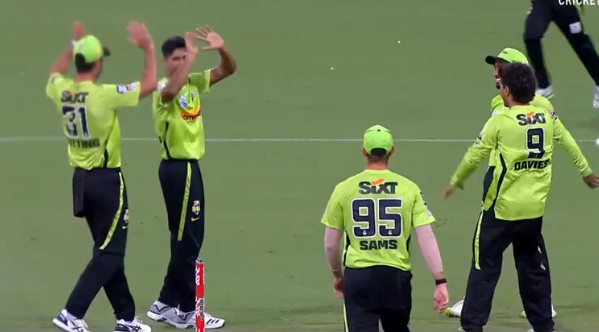 Perth Scorcher won the toss and decide to bat first.

Melbourne Stars 130 in 18.5 overs.Joe Clark was highest scorer for Melbourne Satrs who scored  52 off 32 balls.Thomas Rogers scored 32 off 25.Melbourne Stars lost first wicket at 78 and all team  for 130.

Peter Hatzoglou was player of match for  2 wicket for 27.He took wicket of Glenn Maxwell and  Thomas Rogers.

Mohammad Hasnain was most successful who took three for 20 in 4 overs. In first over he took three wickets   for maiden over. Sydney Thunder won the match by 28 runs. Henry Hunt made  T20 debut.

Matthew Gikes  was player of Match for his 93 runs.