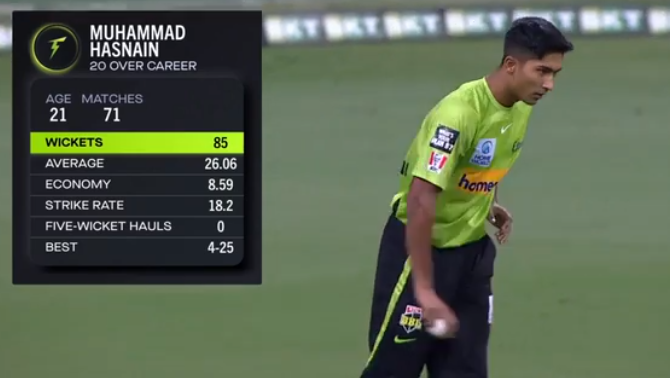 Mohammad Hasnain was most successful who took three for 20 in 4 overs. In first over he took three wicket   for maiden over.