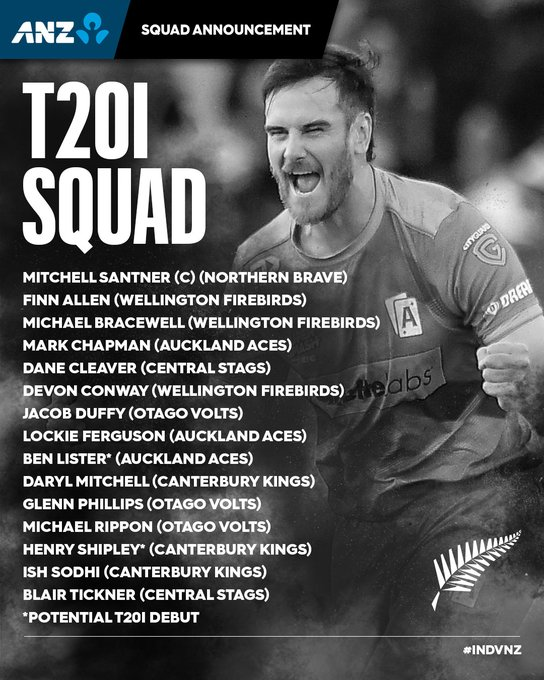 Left-arm swing bowler Ben Lister, who plays for the Auckland Aces, is set to make his international debut after being selected in the BLACKCAPS T20 Squad for the upcoming tour of India. This is Lister’s first selection in a BLACKCAPS squad, and it comes after he made his New Zealand A debut in India last year and was named Auckland Cricket’s Men’s Bowler of the Year for the previous season. Unfortunately, Lister’s tour with New Zealand A was cut short as he was hospitalized with pneumonia in Bangalore. However, he has since recovered and is ready to join the squad. The team will be led by Mitchell Santner and will feature a mix of experienced T20 players, including nine from the previous year’s ICC T20 World Cup squad, and newcomers to international cricket.

According to the New Zealand Cricket board, fast bowlers Kyle Jamieson, Matt Henry, Adam Milne, and Ben Sears were unable to be selected for the upcoming tour to India due to ongoing recoveries from injuries. The New Zealand team is currently in Pakistan where they have one match left in the three-match ODI series which is tied at 1-1, after having drawn the two-test series 0-0. After the conclusion of the ODI series they will travel to India for three ODIs in Hyderabad (January 18th), Raipur (January 21st), and Indore (January 24th), followed by three T20Is in Ranchi (January 27th), Lucknow (January 29th), and Ahmedabad (February 1st).