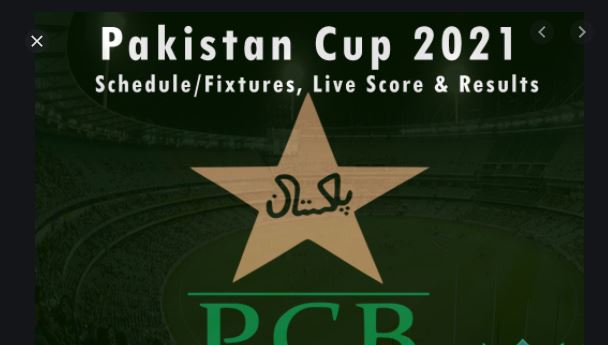 The Pakistan Cup 2020 schedule will be started on 8th January 2021 in Karachi. PTV Sports and Pakistan Cricket will present Pakistan cup 2020 live streaming as per announced schedule. All matches will be live telecast and live coverage by PCB on its YouTube channel as well. PTV sports Live streaming can be seen online on its official during all matches of Pakistan Cup 2019.

Aaron Summers will be a part of the Pakistan Cup 2021

This is first time that any internal player is playing Pakistan cup 2020-21. As per Pakistan cup 2021, an internaional player can participate from an any side. Hence, Players like Sikander Raza of Zimbabwe, Mohammad Nabi and Hamid Hassan of Afghanistan, and quite a few others have played domestic tournaments in the grounds of Pakistan.

This coming Pakistan Cup 2021 season, we will be seeing the first-ever international cricketer from Australia playing domestic cricket in Pakistan. Aaron Summers, 24, will be representing Southern Punjab in the Pakistan One Day Cup 2021.

He will be looking to win the Pakistan Cup 2021 trophy on his domestic debut in Pakistan, and there’s not a better way to travel back to Australia.