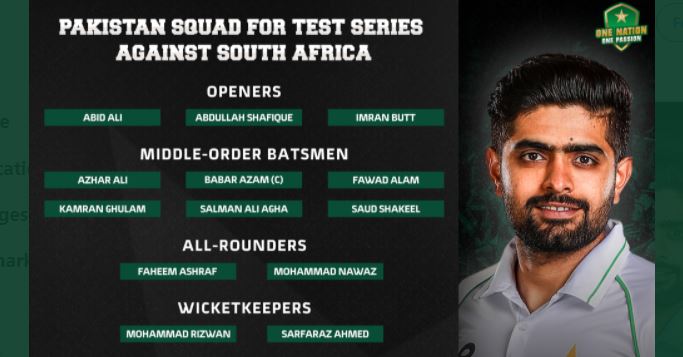 KARACHI: The new chief selector of the national team Muhammad Waseem has announced a 20-member squad against South Africa in which nine new players have been selected.

The chief selector said that the selection committee has also given priority to performance over domestic while Shadab Khan and Imam-ul-Haq have been rested due to fitness issues.
The 20-member squad announced against South Africa consists of these players.