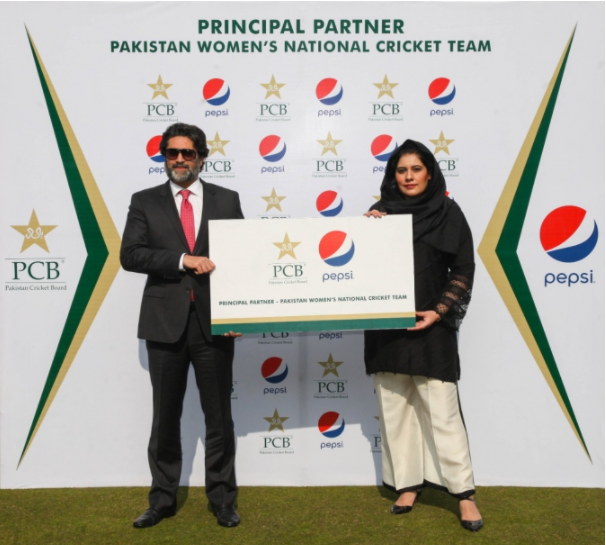 PCB and Pepsi signed a historic agreement.Now Pepsi has become the principal partner of Pakistan Women’s national cricket team for one year.

Director Commercial PCB, Babar Hamid: “The PCB strongly believes in the growth and promotion of women’s cricket and this partnership with Pepsi is a major indication of our commitment in this regard. Pakistan women’s national cricket team has made rapid strides in recent years; the team is a force to be reckoned with at the international stage and continues to inspire young girls all across the country.

“Pepsi has been a long standing partner and supporter of cricket in the country and has very strong ties with the PCB. This partnership is a testament to our relationship which continues to grow, we are delighted that they have come on-board to support women’s cricket and we are confident that the partnership will be hugely beneficial to women cricket in the country.”

Director Marketing Pepsi Co, Ayesha Janjua: “There has been significant progress in women’s cricket in Pakistan. Our women cricketers continue to make their mark in the international arena and we want to play our part in furthering their talent. It is an exciting opportunity for us to partner with the Pakistan women’s national cricket team and we look forward to our collaboration with PCB on this mission. We are working towards a promising future as we extend our decade long association with Cricket to propagate and promote women’s cricket in Pakistan.”