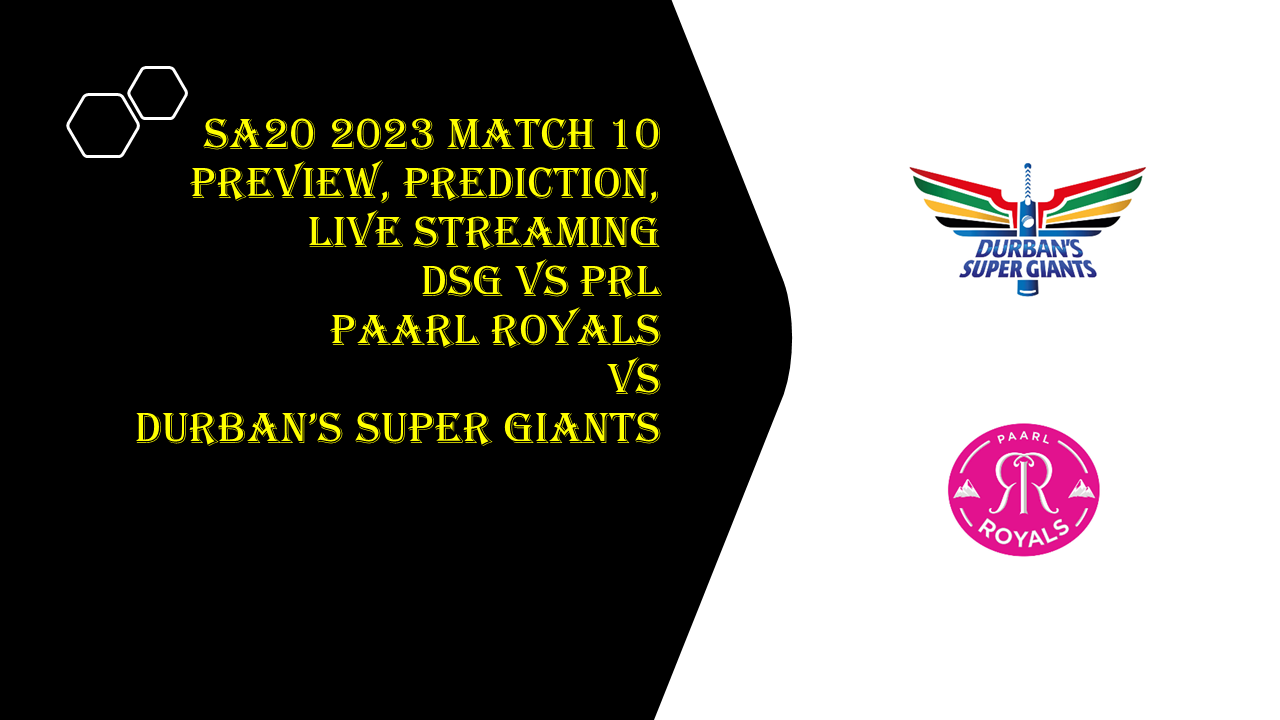 The 10th match of the SA20 league will feature a rematch between the Paarl Royals (PRL) and Durban’s Super Giants (DUR) at Boland Park in Paarl on Tuesday, January 17.

In the previous game, Durban emerged victorious in a close encounter by 27 runs despite posting a total of 216 runs in their 20 overs. The match was thrilling and the visitors pushed the home team to the limit.

Both teams are competitive in the points table, with Durban in 3rd place and Paarl in 4th. Durban has two wins in three matches, while Paarl has one win. Obtaining results and climbing up the table will be crucial for both teams in the league.

The pitch at Boland Park in Paarl is expected to be favorable for batting. Both teams’ batters will likely take advantage of this surface. The fast outfield and shorter boundaries will also benefit the batting team, making it a crucial factor in the match. It is likely that whichever captain wins the toss will opt to bat first.

Quinton de Kock, captain of the Durban team, is likely to be the best batter. He previously scored 57 off 31 balls against the same opponent and will likely begin with a steady pace before picking up momentum as he becomes more comfortable.

Lungi Ngidi is expected to be the best bowler. He took two wickets in the last match, but the opposing team’s score was already high. This time, he will aim to take key wickets in the top order early to prevent a large score.