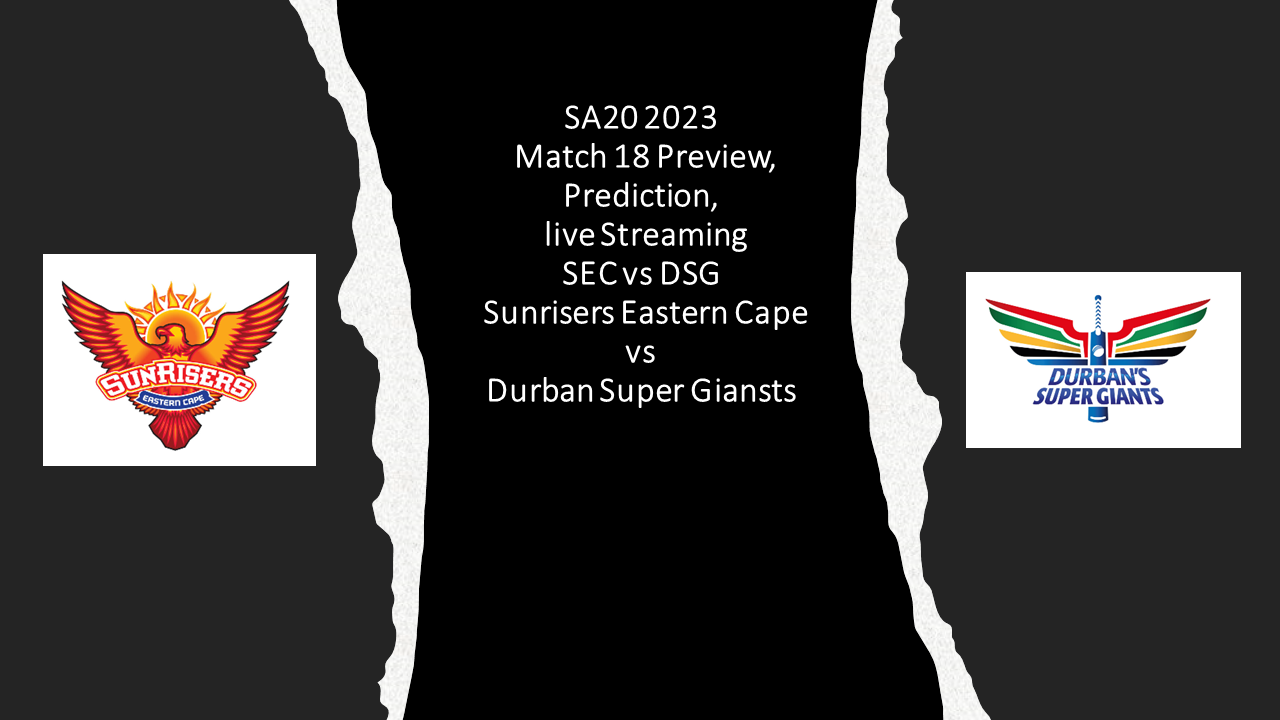 The 19th match of the thrilling SA20 2023 league will feature a showdown between the Sunrisers Eastern Cape (SEC) and Durban’s Super Giants (DSG) at the St George’s Park in Gqeberha on January 22. Both teams are currently on opposite ends of the points table in the competition. The Sunrisers are second with 12 points, while Durban is second to last on the table due to consecutive losses. With only a few matches remaining in the league phase, both teams will be fighting for a spot in the semifinals, which is their top priority.

The pitch at the St George’s Park in Gqeberha is expected to be favorable for the batters. The captain who wins the toss may choose to field first.

Quinton de Kock is likely to be the top batter in the match. As the captain of the Durban franchise, he has been leading by example in the inaugural edition of the league. In addition to his leadership skills, he has also been in exceptional form, having scored 159 runs in five matches thus far.

Aiden Markram is likely to be the best bowler in the match. Similar to de Kock, the skipper has been crucial with the ball, having taken seven wickets in four innings. It’s possible that he will get a few more wickets and lead the league before the end of the season.