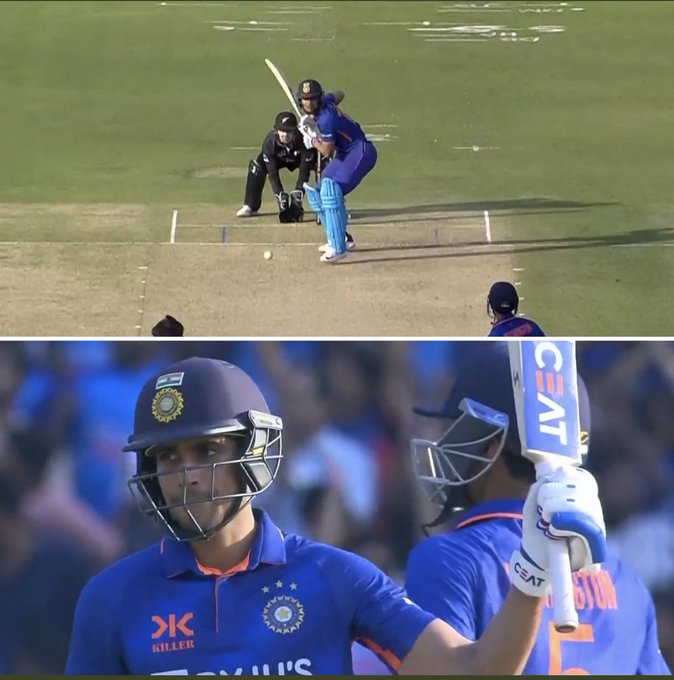 Shubman Gill, the Indian opener, put on a spectacular performance in an ODI match, entertaining both the live audience and the millions watching at home. He not only scored his second consecutive century, but also achieved a significant milestone in ODI cricket. He became the fastest Indian to reach 1,000 runs in ODI cricket, accomplishing this in just 19 innings. Furthermore, he also broke Sachin Tendulkar’s record for most ODI runs against New Zealand, which had stood for a long time, with Tendulkar’s highest being an unbeaten 186 runs. As the match continues, the New Zealand team will have to step up their game if they hope to keep up with Gill’s performance and India’s bowling unit, which has been performing strongly recently.