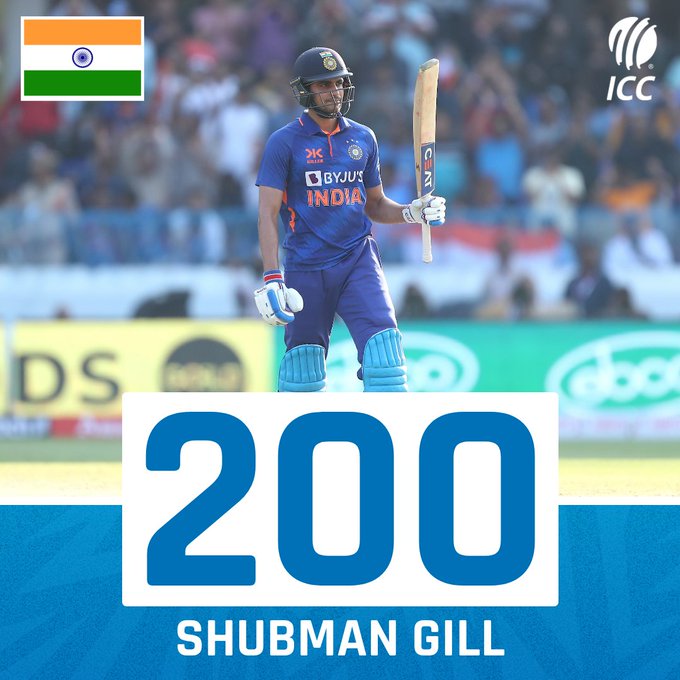 First player who scored 200 vs New Zealand in ODI.