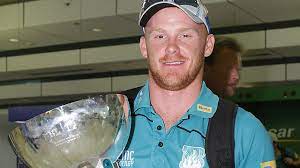 He is now included Perth Scorchers squad  against Sydney Sixers for BBL Match 38 on January 4, 2022. Chris  Sabburg   bowled one over in BBL giving 5 runs no wickets.

Can Chris Sabburg  play after 7 years in BBL is interesting things .He is now 32 years old .He is Cousin of Australian fast bowler  Andy Bichel.