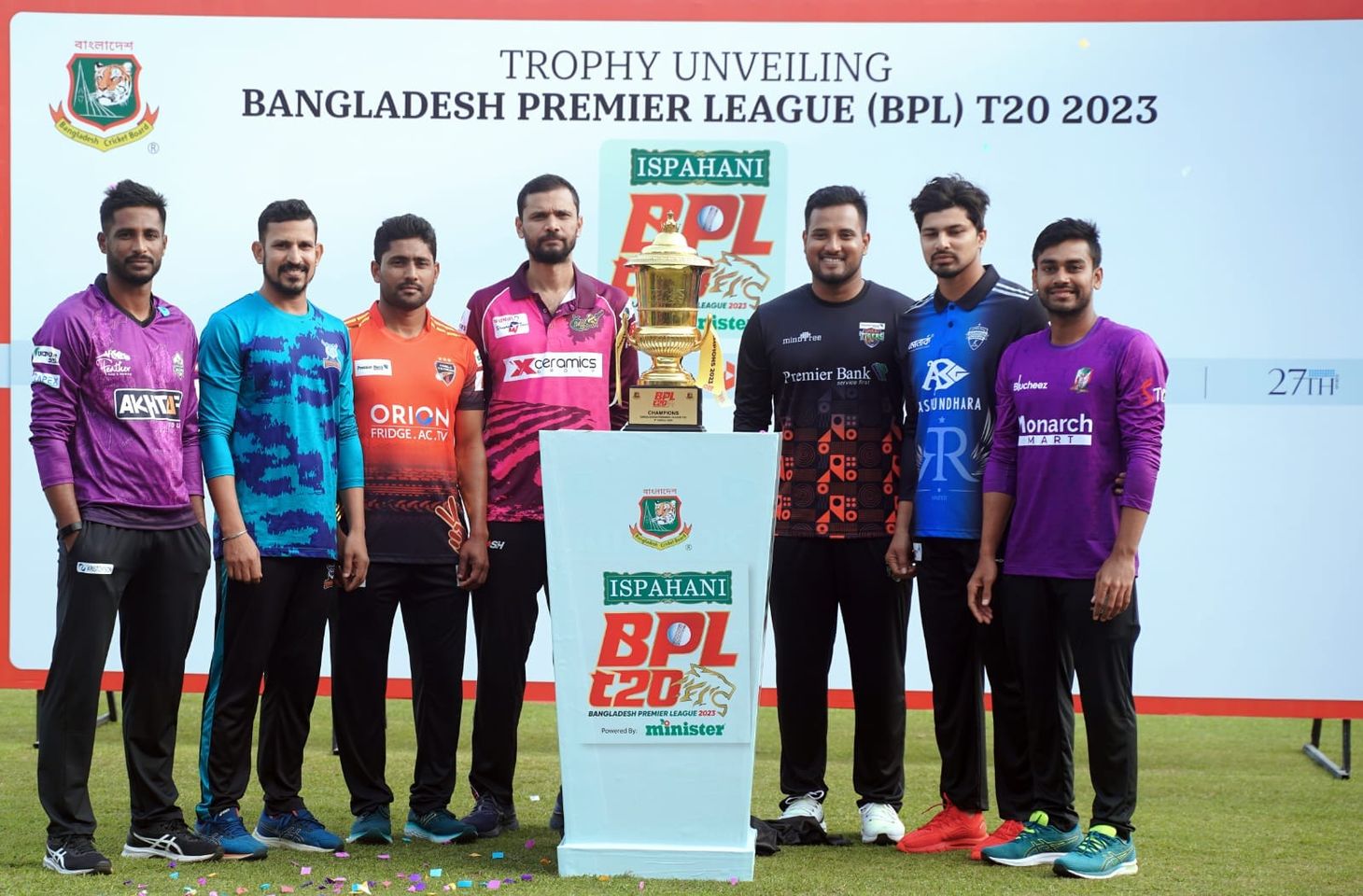 . The ninth edition of the tournament will kick off on January 6, 2023 with the Chattogram Challengers taking on the Sylhet Strikers in the season opener. The defending champions, the Comilla Victorians, will also be in action on the same day as they take on the Rangpur Riders. A total of seven teams will be participating in the tournament, with each team playing a total of 12 matches during the league stage. There will be a total of 46 matches played during the league, culminating in the final on February 16.

The top four teams will advance to the playoffs, with the final set to take place on February 16.

Bangladesh Premier League is played on round robin league .Every team will play with other team twice.

Every team will play 12 matches at league level.

Top 4 team will qualify for  semi-finals and final.

Winner of semi-finals will play final. Winner of final will Champion of league. Loser of semi Final  will play for 3rd and 4th position. Total 46 matches will be played.

Venues: There are three venues for Bangladesh Premier League 2022-23.List of venues and their capacity is given under.

BPL is streamed on line by different website and apps.

Live score of BPL is published live on many sites.Live Radio Commentary is also available on FM Radio  for BPL Matches.

The Bangladesh Premier League will be live-streamed on TSports’ digital media platform, which also includes its website. Additionally, the TSports channel is available to viewers in Bangladesh for all tournament matches.

The Bangladesh Premier League (BPL) will be broadcast live on television channels and over-the-top (OTT) platforms for the first time this year. The T20 competition will be available in 15 countries, including Bangladesh, where it can be watched on Nagorik TV and the Daraz Live OTT platform. In India, the games will be shown on the Discovery channel and can also be streamed on Fan Code Plus. In Sri Lanka, the BPL will be broadcast on Euro Sports and Daraj Live, while in Nepal and the Maldives it will be available on Euro Sports and twentyseventhsports.com. In Pakistan, the games will be shown on GEO TV and PTV, and in the United States and Canada they will be available on ESPN. In the UAE, Qatar, and Oman, the BPL will be broadcast on CineBlitz IM HD, and in the West Indies it will be available on SportsMax TV. In Malaysia, Thailand, Hong Kong, Singapore, and Africa, the BPL can be watched on the ICC TV OTT platform. This year’s BPL title sponsor is Ispahani and it is powered by sponsor Minister Group.

REST OF THE WORLD (VOD) – 27thsports.com

Squad of every BPL team consist of local and overseas player. Complete squads for BPL9 are given below.

BPL 2023 Schedule of all matches

Total 46 matches will be played for BPL 2022-23.Complete schedule of all BPL matches is given Under.

WG Jacks was most runs scorer for BPL8.He scored  runs in  innings.His averages was and SR . His  highest score was .He scored  5   fifties.

Mustafizur Rehman was  highest wicket takers who took   wickets  in matches with average and economy rate. His best bowling performance was .

Top performer for BPL  in batting

Top performer for BPL in bowling