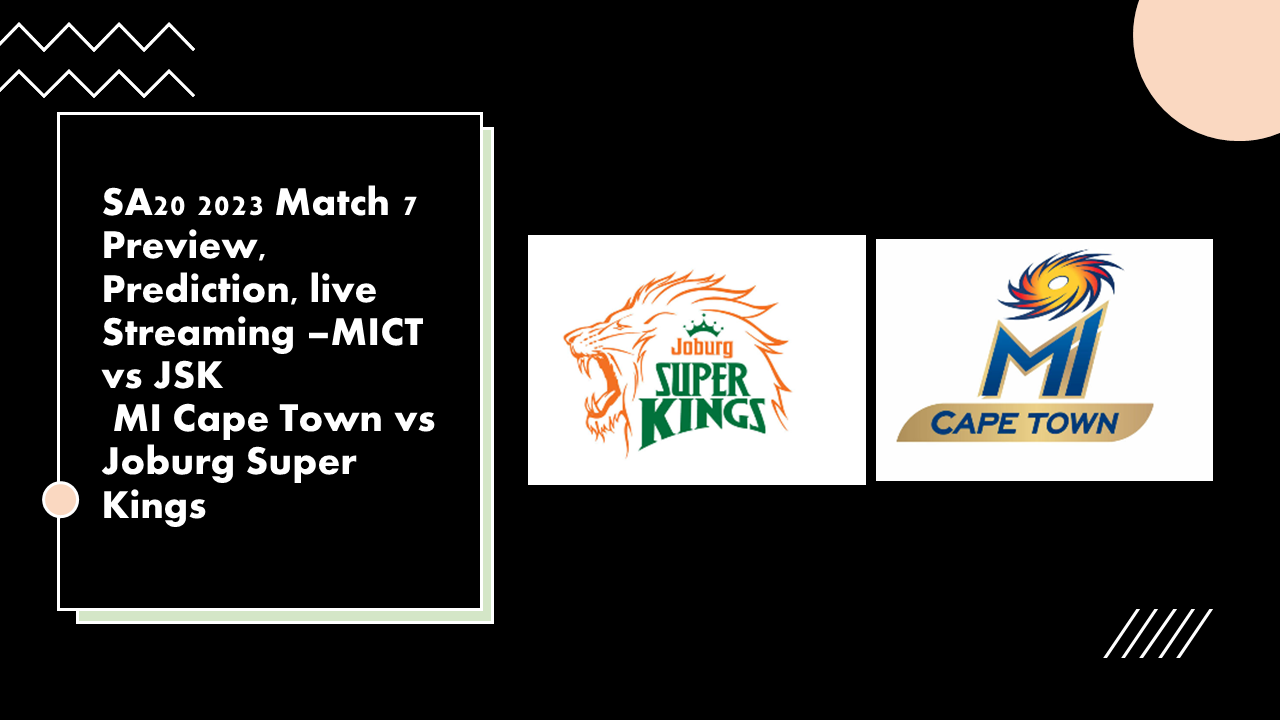 The seventh match of the ongoing SA20 season will see MI Cape Town face off against Joburg Super Kings, with both teams looking to bounce back from recent losses. The Cape Town-based franchise was defeated by the Durban Super Giants, while the Joburg Super Kings were unable to defeat the Paarl Royals. MI Cape Town’s Rashid Khan will have to make some important decisions, with players like Liam Livingstone and Kagiso Rabada ready to step in. On the other hand, Joburg Super Kings’ Faf du Plessis needs to address the poor performance of the top order. The teams will have to quickly regroup as they play at Newlands on Saturday, January 14.

The Newlands surface is a well-balanced playing field for both bowlers and batsmen. The bowlers receive some support with the new ball, but batting becomes easier as the game progresses. Historically, the team that chases has won both matches at this venue, and the team winning the toss may choose to do the same in future fixtures.

The probable best batter for Joburg Super Kings in the match against MI Cape Town is Dewald Brevis. Despite having a standout performance in the first game of the SA20 season, he struggled in the previous match and was dismissed by a yorker. Despite this setback, the 19-year-old is known for his fearless approach and will likely bounce back from this rare failure.

The probable best bowler for MI Cape Town in the match against Joburg Super Kings is Olly Stone. Despite being overshadowed by the return of star pacer Jofra Archer, Stone has made a strong impression in the first two matches of the season, taking six wickets. He was a standout player in a previous defeat, and will likely be a key player in this match.