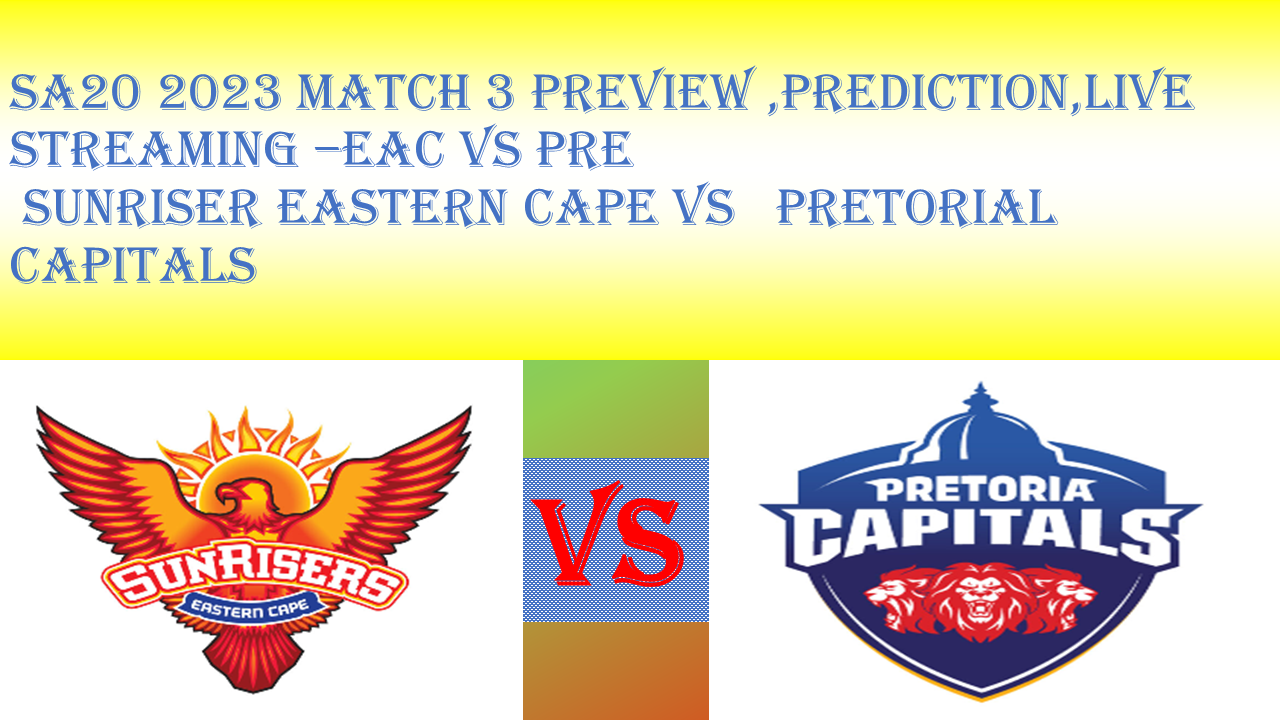 The Sunrisers Eastern Cape (EAC) and Pretoria Capitals (PRE) are set to clash in the third match of the SA20 league, marking the beginning of their respective campaigns in the tournament. Both teams will be looking to make a strong start and secure a win in their first game.

The Sunrisers Eastern Cape will be led by local hero Aiden Markram, who is known for his aggressive and powerful batting style. He will be a key player for the team and will be expected to set the tone for the team’s performance. The team also boasts of young talent like Tristan Stubbs and a bowling sensation, Marco Jansen, who is known for his ability to swing the ball and take wickets.

On the other hand, the Pretoria Capitals will be led by Wayne Parnell, who is a well-rounded player known for his all-round abilities. The team has a good bunch of international players, such as William Jacks and Rilee Rossouw, who are proven match-winners and can change the game with their powerful hitting. The team also has a strong bowling lineup, which is strengthened by the presence of Irish bowler Joshua Little and Anrich Nortje.

Both teams have their own strengths, and it will be an exciting match to see how they fare against each other. The Sunrisers Eastern Cape have a good mix of youth and experience, while the Pretoria Capitals have a strong international presence. It will be a closely contested match, and both teams will be giving their best to secure a win and start their campaign on a positive note.

The pitch at St George’s Park in Gqeberha is known to favor the batsmen, making it likely that the upcoming match between the Sunrisers Eastern Cape and the Pretoria Capitals will feature high scores. Additionally, the fast bowlers can expect good carry on this surface. The captain who wins the toss will likely choose to bowl first in order to take advantage of the field restrictions during the chase.

.The Pretoria Capitals will be counting on the top-order batter from South Africa, who has demonstrated great determination in the 20-over format while playing for his national team, to replicate similar performances for his club.

Anrich Nortje is one of the most reliable bowlers on the Pretoria Capitals team. He is a versatile player who has excelled in all formats of the game and has made a name for himself in franchise cricket with his impressive performances. He is definitely a player to keep an eye on.